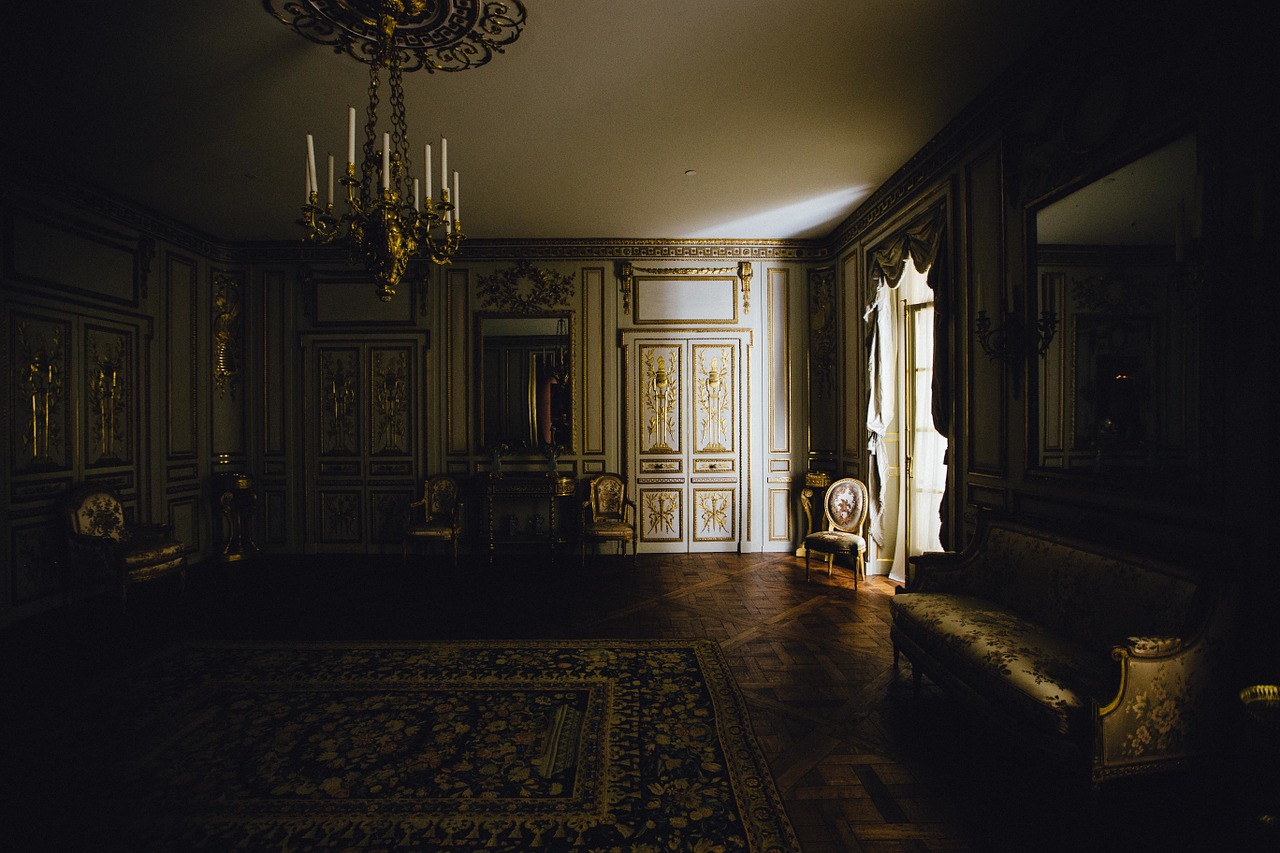 AS THE SUN DESCENDED, guests arrived in growing numbers. By the time it had set, the great house was overflowing.

The wealthy, beautiful, and privileged stood chatting and laughing or walking slowly along admiring the paintings and sculptures that lined the walls. The staff was bustling, champagne here, hors d’oeuvres there…

It would have pleased, but hardly surprised, her to know this gathering would be talked about for decades to come.

But her mind lingered on a visitor… a guest she welcomed more than any other. Pulled, as if by some magnetic force, she was drawn through the great house. Somehow, she knew he had arrived.

As the doors were opened, her heart raced. It skipped a long, breathless beat when she finally saw him. He held a beautiful bouquet of flowers, his irresistible face smiling warmly.

“Please come in!” she begged, her voice floating in, as if from far away.

“Thank you,” was the reply. His voice was a deep, dark sound, flavored by a strange accent that few would be able to place.

For a moment, they spoke. It was but the pleasant ritual of greeting and small talk. But hovering above such meaningless banter, another, a greater communication was taking place.

Just to feel his eyes upon her was a bliss that rendered her nearly mindless. The voice of her thoughts fell silent, and through his gaze, through his eyes, wordless messages were spoken. She understood.

They would part for a time, he was to mingle. They would meet again later… soon.

Then, she pined, it would happen!

He looked a man seasoned, yet young and at the peak of his health. His clothes were so fine, even though they were of foreign cut and outdated, that they were both tasteful and avant garde.

He walked among them a magnificent thing to which all deferred enthusiastic attention.

The masquerade was but a simple game.

He was merely browsing, grading and sorting the victims to come. His will impressed itself upon them, conditioning them to desire his arrival.

None could bring themselves to see the malignant strangeness that attended him. Their minds could not handle such a truth. In a desperate defense of their sanity, it would not let them see.

He had even stood too close to one of the floral arrangements. By the time he stepped away, the blossoms were withered and dead. Still, all was unseen by simple mortal eyes.

All night he had refused food and drink. But now thirst began to drive him.

He called, in his silent way, as he sought a place of privacy, of proper seclusion.

With steps that made no sound, he strolled slowly across the room, waiting.

His head snapped to one side, his eyes locked on a pier glass.

Still playing the game, her voice whispered, “At last.”

He continued to stare at the mirror. To him, she was babbling.

“You look wonderful… You stand out perfectly…”

Silly, fool woman… as if he needed her encouragement. She stepped in front of him, as though she could seize his attention.

A glowing, living spirit before him, she was radiant with the warmth of life. Her beauty, her charms, and the priceless treasure of her affection would have pleased any man.

But, of course, he was not a man… not any more. It was but a sport born of necessity to pretend to be one.

Looming behind her in the glass, his image was a horror that wore the visage of the grave. His flesh was but a leathery shell, clinging to darkened bone.

One does not escape those fires unchanged.

It was a corpse but for one regard, those bright and lidless eyes which almost seemed to pulse with life. But what held them in their form was not life, but some loathsome force, vile and unnatural.

Its fangs visibly lengthened as it looked back to her. Starry eyed, she floated forward, baring her throat. Her took her, warm and living, into his arms.

On one side of a mirror, a handsome man kissed a beautiful woman. On the other, a fiend, a monster, drank blood from her neck…