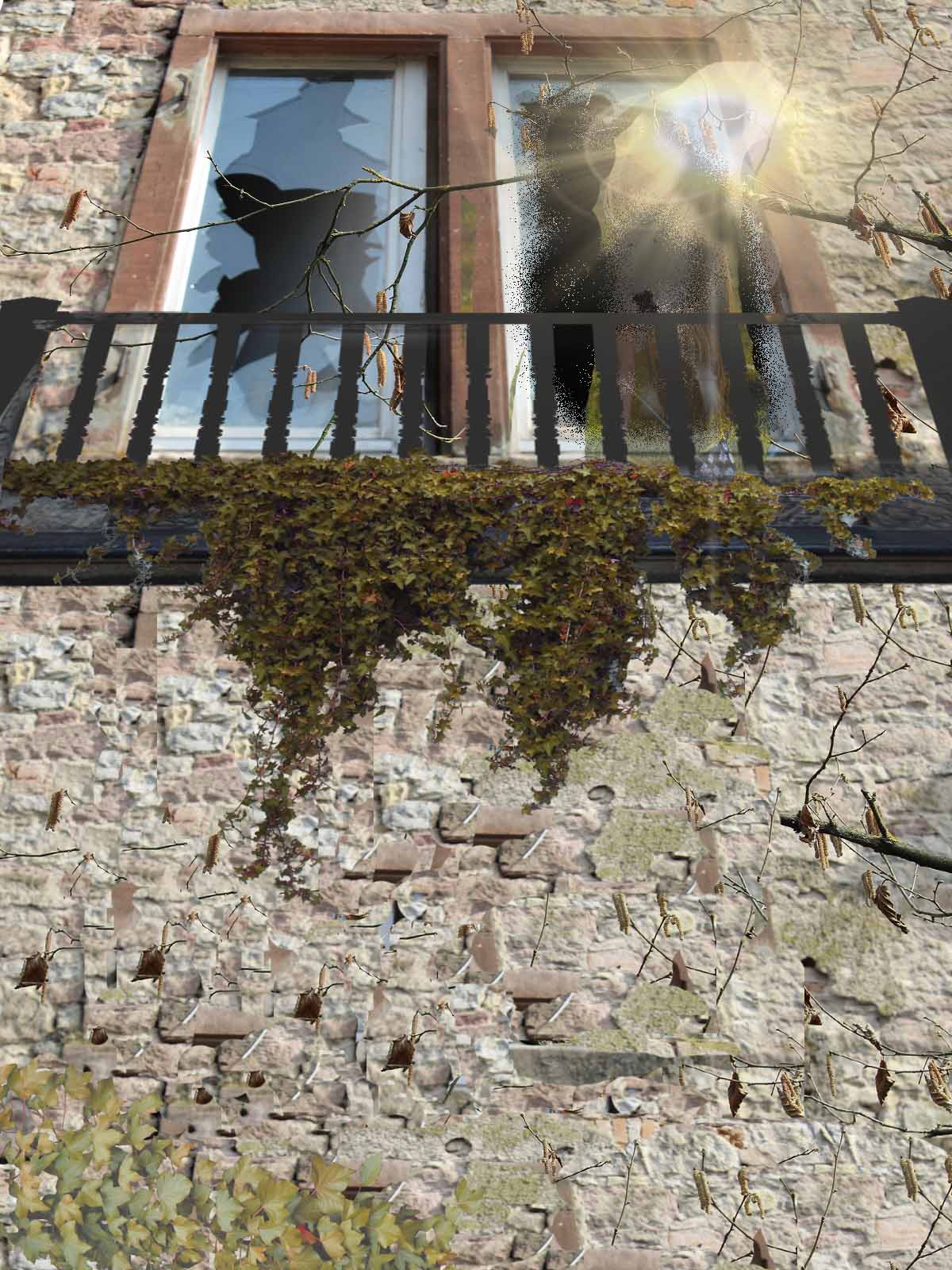 THAT HARES MULTIPLY RAPIDLY and voraciously assaulted the garden prompted me to suggest that some sport might be had in culling their numbers. Grandfather, a judge and councilman, had no time (or energy due to his advanced age) but eagerly nodded in approval.

The next morn, I was dressed and outfitted for a long hike around the grounds. With shotgun tucked under my arm and a pouch full of shells, I crept along the bordering forest in search of the long-eared vermin.

With but a few potshots, I had driven them deeper into the woods. Finding a narrow game trail, I stalked them into the trees. The deeper I went, the thicker the trunks became and I found myself quickly beyond sight of the house.

The dry leaves crackled beneath my feet, echoing through the stand. I felt as alone as I have ever known. But something drove me on, around the twisted trunks, through the shrubs and up and down the contours of the forest floor.

At last, I broke through a wall of clawing thorns into a field of long, swaying grass. I could see a great house of soft gray stone. The windows were dark, but on a balcony I caught sight of an exquisite beauty.

She wore a crimson gown, accented with gleaming lace. Her golden honey hair spilled down in curled luxurious locks. She stared to the west, toward the sea, as if beyond the horizon itself.

Though I hallooed and waved, she paid me no heed. I drifted closer, finding her more beautiful with each step. I was smitten by the softness of her features, by the brooding depth of her attention.

I confess a burning jealousy of whatever could command her gaze.

But in that angelic countenance, I discerned sadness and even despair. Though I yearned to call again, some strange sense of reverence forced me to silence.

I lingered in that state unaware of all else.

My name rang out from the forest behind snapping me from my trance. The hour had grown late. Turning back to her, I saw with a sinking heart that she had vanished.

Likewise, I reluctantly went back the way I came.

“You gave us quite the scare,” chided grandfather, but, when I explained, his face took on touches of genuine discomfort. When I had finished, he paused for a moment.

“My boy,” he began. “You saw no such thing. It was but the setting ruby sun reflected in what glass may remain. The golden hair but its flaring corona…”

I did not understand.

“I know the place of which you speak,” he explained, “and none have lived there for centuries.”

After supper, a restless night awaited me. I was haunted by her face and the features I recalled so clearly. The sun was rising before I found sleep.

Late the next afternoon, I woke to a work crew constructing a wall along the forest.

Grandfather assures me it will keep the hares out.