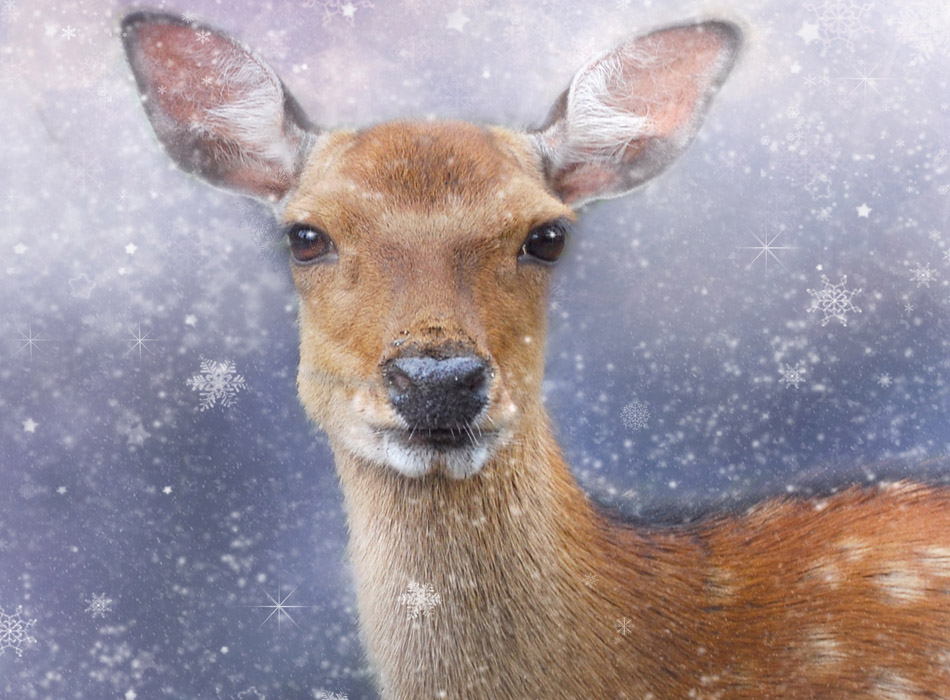 THE SUMMER HAD BROUGHT the worst drought in living memory. Crops had mostly failed, giving our harvest time little to celebrate. Thin and sickly animals forced us to turn to game which already scarce became more so.

By the middle of autumn, it was not unusual to see wagons loaded and rolling away. But instead of carrying crops, they carried families off to find refuge someplace else. Not all were so lucky as to have a place to go, however.

It was sad to see friends and neighbors vanish, to see our community waste away. Soon, shacks and cabins stood empty, dark and abandoned. They were tombstones marking the passing of our prosperity.

My own meager supplies drove me to trek ever-growing distances in search of a little more to add to my larder. Eventually, I had to go so far that an overnight camp was required. And already the weather was turning, turning against me again.

Exhausted and dry, I stopped to quench my thirst by a small stream. The water was clear and cold. I noticed a certain redness in the silt at the bottom. An old-timer once told me that was a good sign for finding garnets.

But gemstones don’t fill your belly very well, unlike the large, young buck that stepped into view. He sniffed the air, in search of a doe. He was a healthy, majestic creature, and it always makes me a little sad to line the sights up on a fine beast like that.

My old musket barked and belched a cloud of smoke. As it cleared, I saw his white tail bounding clumsily away. That’s the nightmare of every hunter, to fail to kill outright. I swore at myself for missing my mark and hurried over to where he had stood.

I started on his blood trail, knowing he might run for miles before he dropped.

The sky was cold and gray. Within an hour, a mix of snow and sleet began to fall. It hissed on the fallen leaves and the bare, clawing branches of the trees. It fell heavier with each passing moment, turning the world into a limbo of white and gray.

As it dusted the ground, I knew my time was running out. I pressed on as fast as I could manage, but I was losing his trail. The air stung my lungs with each gasping breath, until at last I had to stop. I’m not as young as I used to be.

I needed shelter and the light was fading fast. I gathered up what firewood I could and found an overhang to huddle under.

The thought of that deer broke my heart. It wasn’t that I lost him, it was that I had wasted him…

Then I felt that familiar pain in my arm.

“I know, sweetheart, but we’ve got to make things last.”

“oh… Okay. Do you think Santa will help us?”

“I hope so, honey,” he said, turning away to hide his tears. “You know what? I think I’ll go get us a little more, anyway.”

As he stepped outside and toward his smokehouse, a deer stumbled into the yard and dropped.