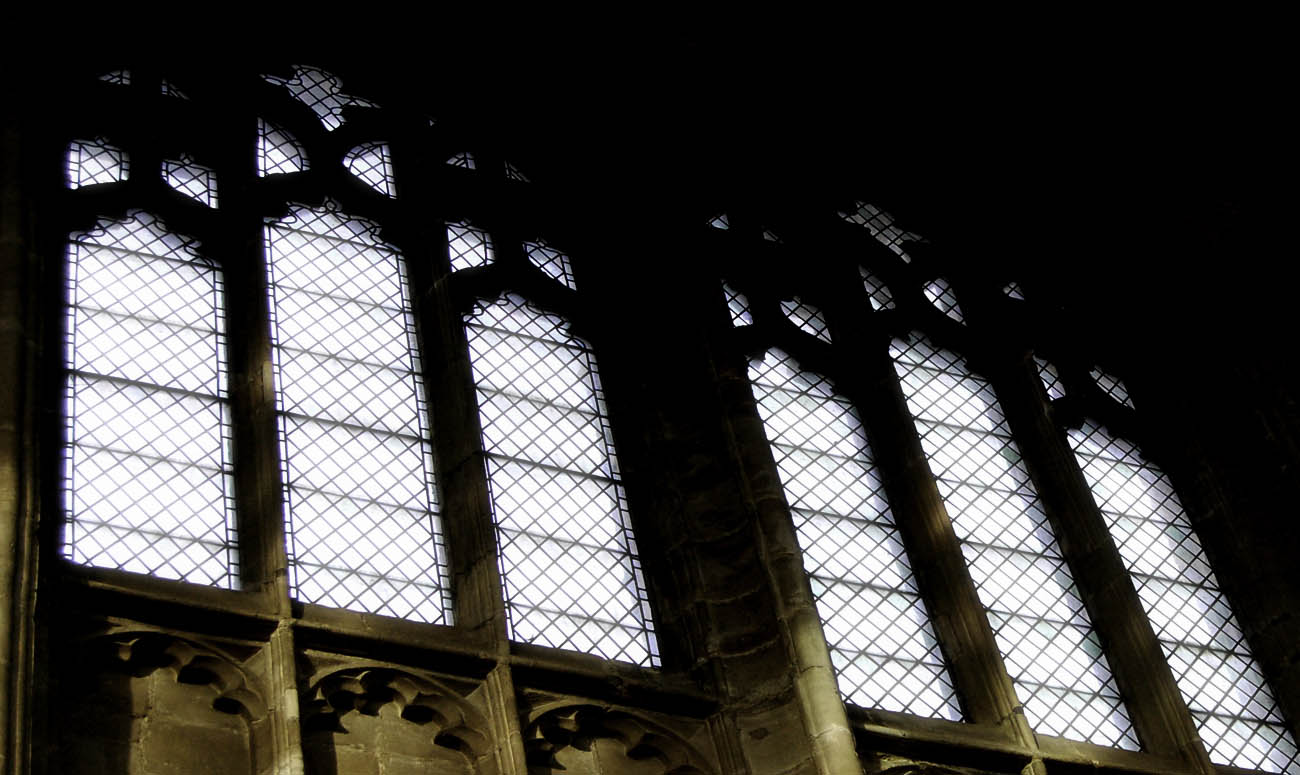 THAT IT IS A YAWNING ROOM OF LONG SHADOWS, casting from the edge of its boundaries a deep reach to drown the light and lie stone cold dead.  A great pitted inglenook fireplace, charred and soot stained, burns with an ember glowing and flame lost, flickering that it might radiate heat. Alas, it brings no warmth.

Seated and huddled close on high back baroque chair is current elderly master of the house, Earl Marmaduke Broughtonshire of the Vale.

A hollow wind, an age long in lament, lulls the night with its highs and lows. Cast and tossed icy rain, like splintered bone, does strike against the tall cathedral panes. That gives way to the strains of piping draughts wafting threadbare voiles and shaking snowy flakes of dust fluttering the dank air.

The Earl is a waiting, wrapped and layered thick inside padded housecoat and upon the head of thinning hair, an embroidered silk velvet-smoking cap adorned with gold tassel.

Of his face, disfigured covered with a mask one fuller and fashioned by a Venetian costumier. Drawn he is unto himself contemplating the disclosure.

He is not a bad man. No different from another, save the grand surroundings of an ancestral inheritance.

Expressing he is the same susceptibilities of one’s nature and the good traits of a personality fortified on what life offers.

A wiley man, seeking at his great age to lead the game despite ailing infirmities.

Here be a man drawing cards that others have held throughout life and will continue to do in its great circle.

A man grieving over years at the loss of his beloved consort. His dearest that pledged they should grow old together at the great oak tree by the riverbank.

There they would each Spring season bind hand in hand with satin ribbon and speak those vows in simple rhyme to love and cherish each other unto their dying days.

How cruel that raging night. An angry storm laden with misery and woe that it should amass itself upon the earth to herald an arrival.

When fear spoke, too late, by the twelfth chime death had gathered in the harvest, she was nevermore.

On this night and come the hour, so mote it be.

“Sir, we have our guest.” George announced.
“Yes, thank you, play the part be deferential my good man.”

She was slender and slight by the angular way the black cloth draped over her frame.

Nothing spoken, her head bowed and covered against the chill. Her movement smooth and gliding the hallway in pursuit of her client.

In her wake, an icy cold breath alighted upon the flesh, cards clawed in a left gloved hand.

Pausing at the study door, she drew back her hood revealing silver threads amongst the knotted tresses. Her face bone thin, eyes fixed and green, casting a gaze back…

The Earl responsive. “Please, have no qualms although I can well imagine the place looms with such gloom and otherworldliness. Please step forward, sit with me; I have a card table brought for your needs.”

The woman said nothing, waiting, staring at the man hidden in coat and mask.

“Forgive the appearance but I hide my disfigurement and that the cold does grieve my wounds that I should in all practicalities allow myself some relief from the sufferance. Please…” His hand, with a slight tremor, reaching to offer the seat by the fire.

She thanked him. Her voice soft and whispery, evoking distant memories as though a familiar comfort.

And sitting upon the chair she peered into the depth of shadows beyond his small sanctuary kept safe by the weak firelight.

Lingering silence marking the minutes while outside the wind moaned and inside the flame spat.

Gathering his courage, the Earl spoke again.
“Would you care for a warming drink? I fear the flame from the hearth no substitute for inner warmth. Perhaps a hot toddy of mulled wine?”
“No, thank you. I am accustomed to the cold. I should like to begin now.”
The Earl smiling thoughtful.

“Indeed for your words shall be of interest to me this evening and I place much responsibility on what your visions reveal.”

Troubled he is, by a tickling cough just then.

“There have been others but none able to tell me what I have needed to know. I hold no grudge should you not be able to provide the information I seek and crucial to my requirements…”

The lady poised in such elegance while preparing the cards.

“George will pay you well for your time stepping out on this bleak night. I understand you are quite a find.”

The lady placed the cards down on the table.
“I would ask that you shuffle the pack for I have a ritual and guided procedure that provides the information you seek.”
Her voice… mesmeric.

He reached to take the outsized deck and best he could shuffle them length ways to perform the task. The cards cut, split and drawn together, handed over again until the ritual completed.

Presented in the moment came the telling of a story and in the unfolding, Marmaduke Broughtonshire smiled. His face creasing and scary if without the mask would reveal his cunning plan.

A story told, lilting and whispered of a curse others had spoken of, this an ancestral curse stretching back throughout the years.

Heed a warning this evening and duly underscored by thunder rumbling and rolling closer.

“I speak of a curse passed on to the next. A tormented soul in limbo that can only free itself by passing on the misery to another.” She studied the cards aware of the Earl and his curiosity.

Allowing him time, she waited, save a need for the Earl to speak.

He thought, on matters which in his searching might have brought him to this madness. She could only speak the truth.

In the chill did something else come a haunting his mind and prick a conscience.

At that moment, in silent work did George, in another part of the house, catch something unseen and realise a memory, of sorts.

“A curse you say,” questioned Marmaduke. “That such a time can only strike when another acknowledges it by sight. You have confirmed what I had thought. That to catch one look, this creature that hunts us out, hunts me out! If we let it look us in the eye that is all it needs to pass on the curse… And… send into limbo for it, the former bearer of such darkness will then be free… It is a vicious circle.”

The card reader waited on the Earl who asked his question. “Can this creature be stopped this is what I seek to know.”

She thought on his growing realisation.

“For one to realise then it is too late. When something catches their eye it triggers the reaper’s collection. To see is to be condemned, and death is at hand to take the soul from one world and deliver to another.”

“Then I have my answer.” The Earl complimenting, “I must thank you and reward you for your insight this night.”

The Earl was a clever man, reaching to remove the mask. Lifting his head, he revealed his face unto the woman.

He had sought to trap her.

She glared with dead eyes; the mark of the curse is upon her, signalling that death shall come and take his soul to limbo so that she is free.

But the Earl was blind, skinned white eyes smiling back, and unable to see the death stare.

In his quickness and stealth, learnt mastering his infirmity, did he reach and pull the cord to reveal the black mirror at his side, primed as others had told him during their readings.

That it cast its black reflection at the woman and staring hard at her own horror and demise screaming loud at the reveal.

Death summoned cannot return home without its bounty so marked for harvest. And reap did death cometh summoned and casting her from the world of limbo into another place. Duly condemned she now cast and trapped in a world of fire and brimstone.

In the quiet of the cold room did Marmaduke Broughtonshire sit ever so still while the last of the dying flames extinguished.

In his mind’s eye, trying to imagine what countenance framed that lilting whispering voice while waiting on George.

George, who is long time returning to light the fire.